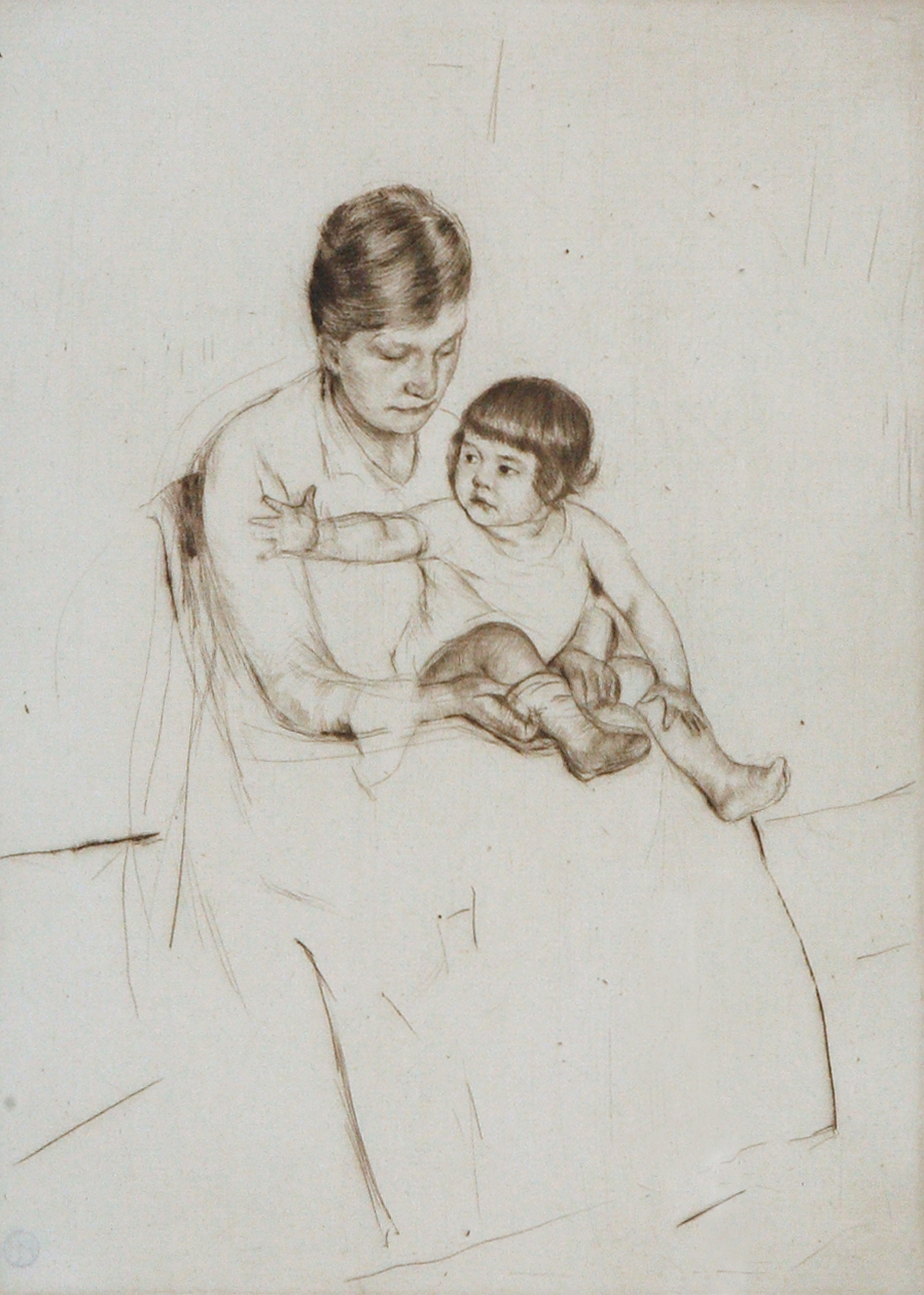 Mary Stevenson Cassatt (May 22, 1844 – June 14, 1926) was an American painter and printmaker. She was born in Allegheny City, Pennsylvania (now part of Pittsburgh's North Side), but lived much of her adult life in France where she befriended Edgar Degas and exhibited with the Impressionists. Cassatt often created images of the social and private lives of women, with particular emphasis on the intimate bonds between mothers and children.

She was described by Gustave Geffroy as one of "les trois grandes dames" (the three great ladies) of Impressionism alongside Marie Bracquemond and Berthe Morisot. In 1879, Diego Martelli compared her to Degas, as they both sought to depict movement, light, and design in the most modern sense.

Inquiry About The Stocking