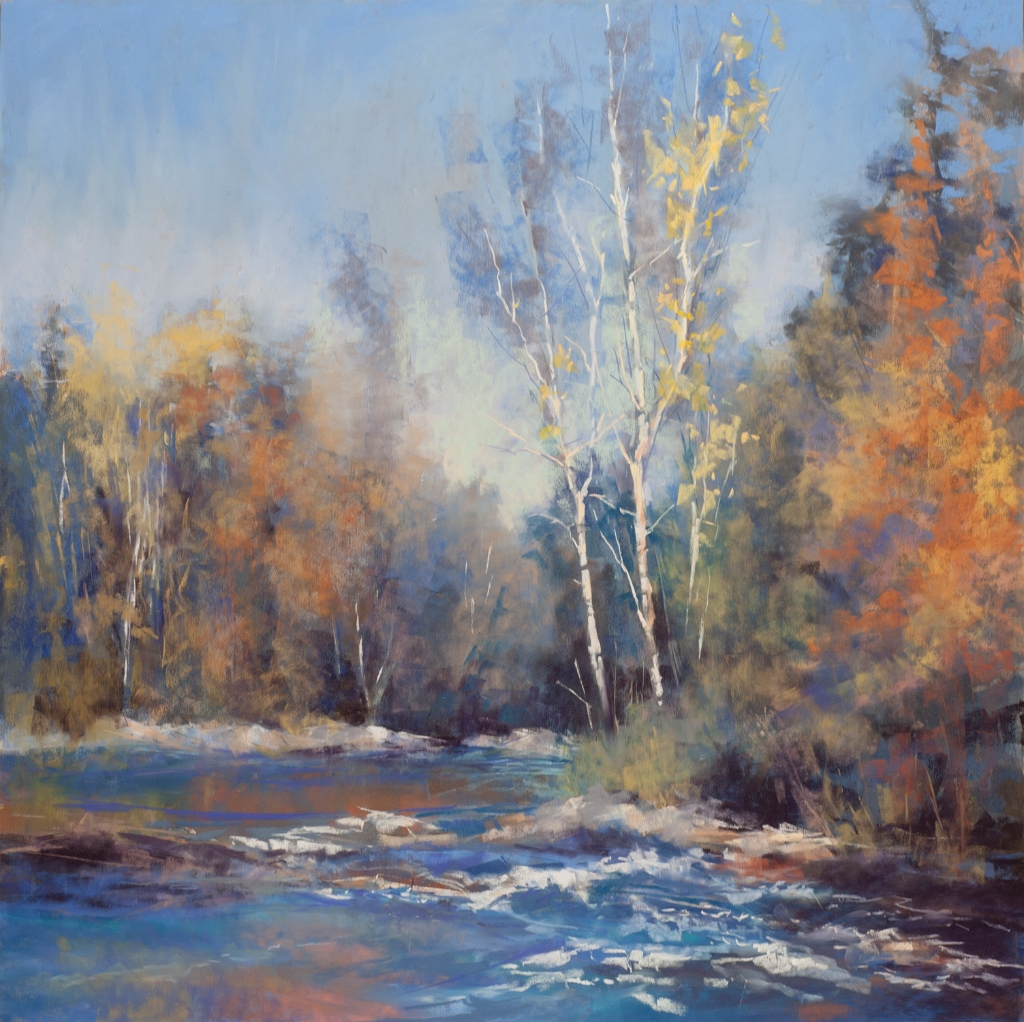 "A painting should speak to your soul"

Choosing pastel as her medium, Lyn Asselta creates vivid, thoughtful images of places that are close to her heart.  These images are often meant to make her viewer feel as though they've stumbled upon a place of quiet strength and solitude.  She chooses to create a narrative in her images, but welcomes you to create your own.

Involved in fine art and fine craft for the past 25 years, Lyn Asselta's extensive background has included titles such as elementary school art teacher, draftsman, calligrapher, workshop instructor, and creator of award-winning fine-art gourd vessels. However, at one point, she opened an old box of Grumbacher pastels and never looked back.  An ever-changing life prompted her to sit down and evaluate what really inspired her creativity and made her wonder what she would still like to say to the world. While pondering this question, she discovered that the majority of her memories revolved around places and how she had felt in those places.  Images of fields of Queen Anne's Lace and old farmhouses on hills, waves crashing against rock and fog obscuring shorelines, the sun setting over golden marshes and silhouetting ancient oaks, mist on the distant hills in the morning...these were the images that lived in her memory and that carried a sense of timelessness and endless possibilities. Having had the good fortune to live in places that offered up amazing scenery, from the salt marshes and waterways of Florida, to the Smoky Mountains of the Carolinas,  to the rock-bound coast of Maine, Lyn realized that her life's one common thread was her fascination with the landscape. She has always found herself drawn to places that have a rugged, solitary strength, places with untold stories, and places where she feels able to lose herself in the nature that surrounds her.  Pastel, as a medium, seems to be a perfect metaphor for her relationship to these landscapes... vibrant, expressive, exuberant and tactile; pastel allows Lyn to hold a piece of color in her hand and to capture the essence of the wild, untouched beauty she finds in the world.

Lyn has achieved the esteemed title of Eminent Pastelist in the International Association of Pastel Societies, is a Master Pastelist with the Pastel Society of America and is a member of the Salmagundi Club of New York City. Her award-winning work has been exhibited throughout the United States and in invitational exhibitions in France and China. She is the founder of the First Coast Pastel Society of Florida, is a Member of Excellence in the Southeastern Pastel Society and is a member of several other pastel societies. Being an active plein air painter, as well as maintaining a year-round studio practice, Lyn participates in plein air events, especially those that benefit groups connected with conservation and land preservation. In 2009, Lyn was awarded a National Parks Service Artist Residency at Acadia National Park in Maine. Her work has been published in several magazines including, Pastel Journal, Plein Air Magazine, and the French publication, Pratique des Arts. Lyn is a sought-after instructor and mentor in the pastel medium.

Her home and studio are in mid-coast Maine.

Inquiry About Beside Themselves