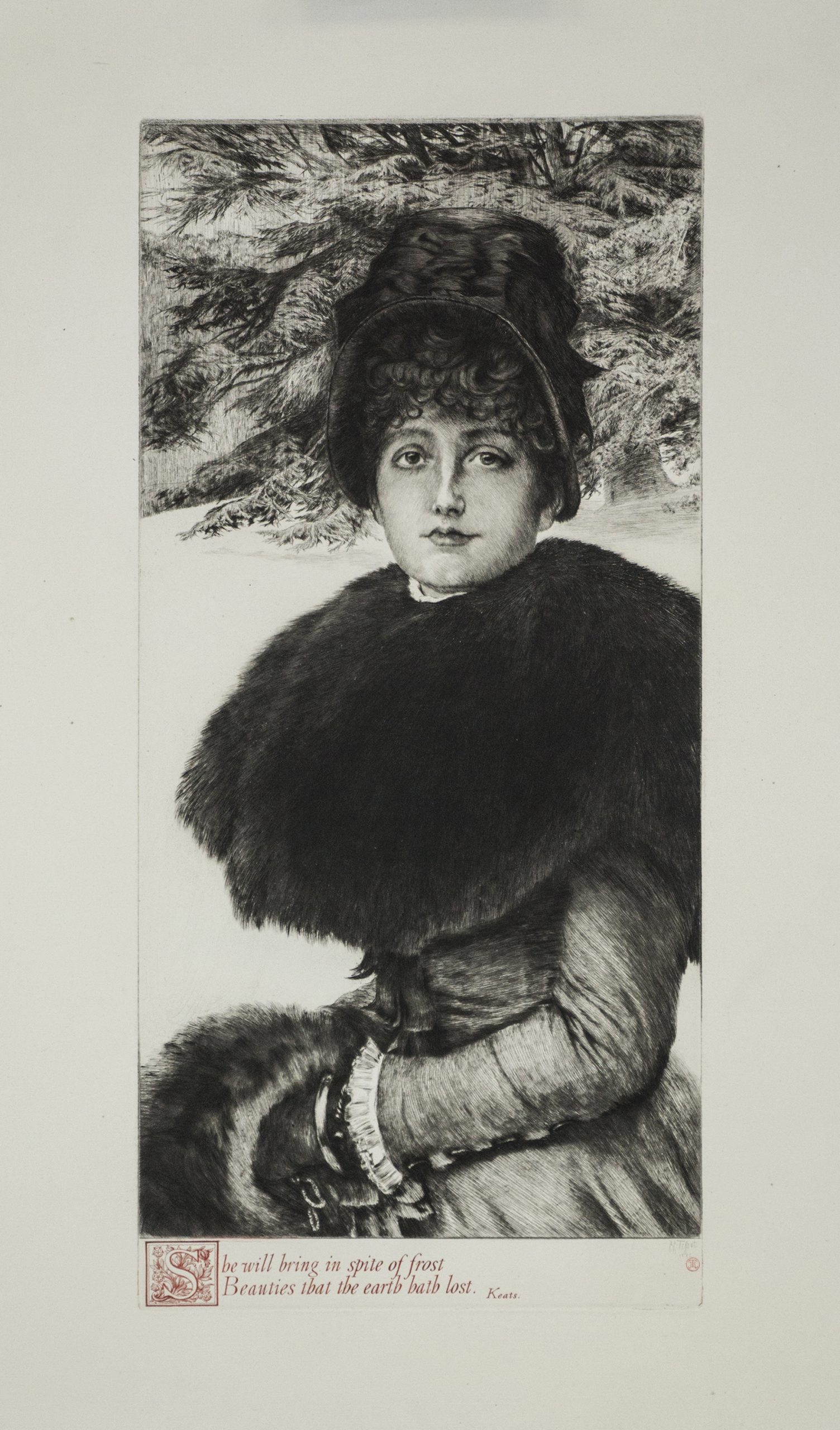 In genre portraits of fashionable, high-society women in the late 1800s, James Jacques-Joseph Tissot captured the charming elegance of his social world by documenting the costumes, decor, and events of the elite. A painter, printmaker, and enamelist, Tissot was a student of Hippolyte Flandrin and Louis Lamothe at the École des Beaux-Arts in Paris, but later relocated to London after fighting in the Franco-Prussian war, where a caricature gig at Vanity Fair granted him entry to the elite society that would ultimately define his subject matter. Upon meeting his wife and muse Kathleen Newton, Tissot drastically altered his lifestyle and subject matter to trade his social life for domesticity, and upon her death, a heartbroken Tissot returned to Paris with a subsequent interest in religion and spirituality that was reflected in his work thereafter.