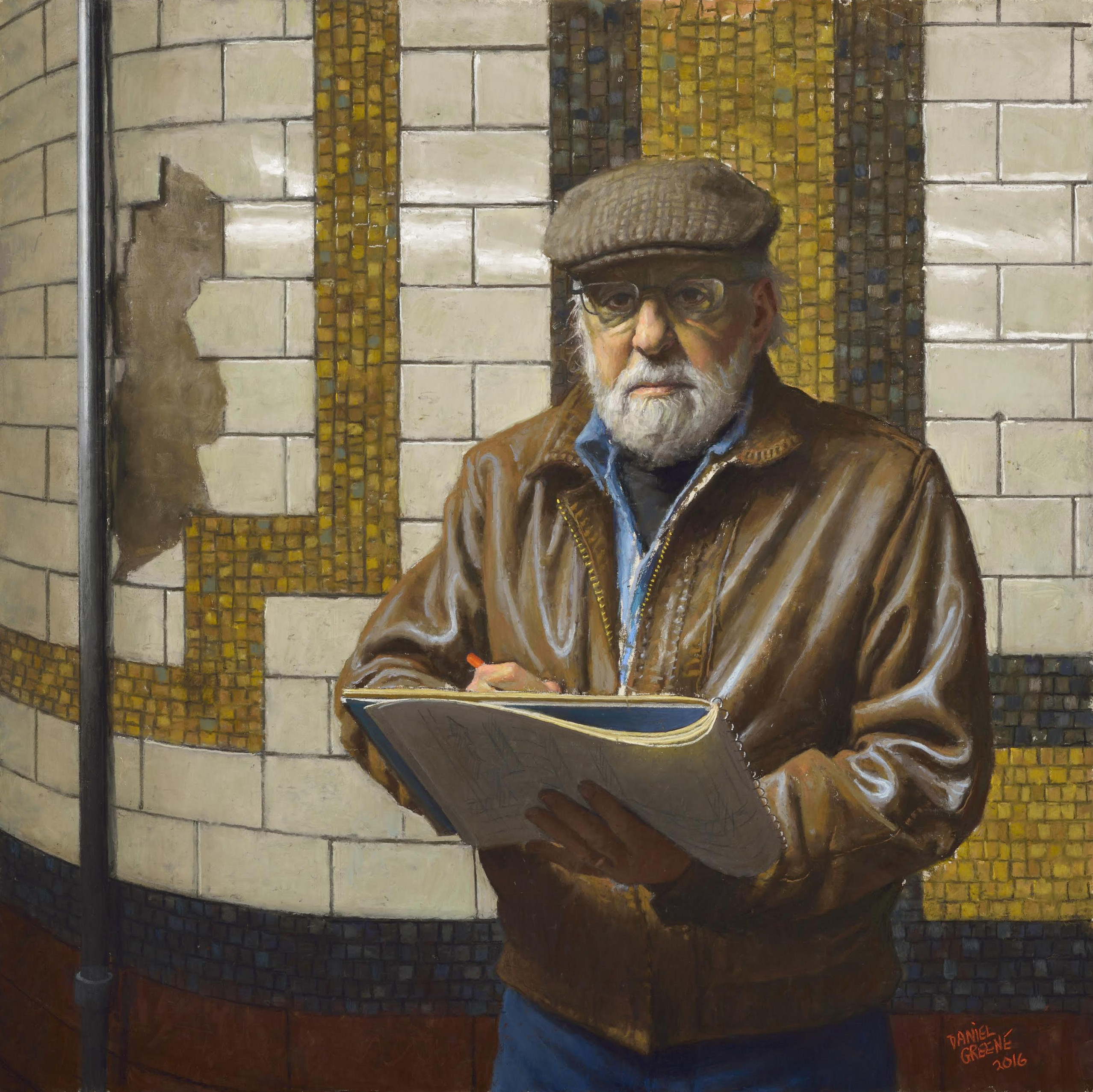 Daniel E. Greene was born in Cincinnati, Ohio in 1934 to Earl and Gertrude Greene, who had settled there after immigrating from Poland, Russia, and Eastern Europe at the turn of the century. Daniel began showing his natural talent for art quite early in life, even though his school didn’t offer art classes until the fourth grade. At 13, he attended the children’s classes at the Art Academy of Cincinnati, his first formal training.

By 1952, Daniel was a senior in high school. In his haste to study art, he decided to quit school and move to Miami Beach. There, he discovered portrait sketch artists catering to tourists. He joined the crowds watching the pastel artists, who were primarily Cuban. When Daniel applied for a job sketching at one of the shops, called Wendkos & Serge, he was told there were no openings. He reapplied later and, this time, was told the bitter truth; that he just wasn’t good enough. Hearing this drove the young artist to work harder. He bought Stella Mackie’s portrait book along with an assortment of hard pastels and voraciously practiced until he was ready to reapply. He succeeded, marking the beginning of his career as an artist.

Averaging seven portraits per day, he naturally gained skills at painting a variety of people from life. To be completely equipped, he knew he needed an intensive academic course. When he received a catalog from the Art Students’ League of New York, the work of Robert Brackman sealed the academic approach that Daniel desired. Daniel headed to New York, got a job at an art materials store, and enrolled in Brackman’s evening class at ASL. In his first class, Brackman came in, spotted Daniel’s work, and remarked to the class, “we have a lot of talent this year.”

Drafted by the Army in 1957, Daniel served two years, was honorably discharged, and moved back to Greenwich Village. He continued sketching portraits, networking, and participating in art shows, and was proposed for membership to the Salmagundi Club. After he became a member, Daniel was asked to teach, and did so at the National Academy of Design and at the Art Students League. Later, in 1979 and 1980, Daniel taught summer-long classes in Gloucester, Massachusetts. Finding he enjoyed being away from New York City, he closed his 67th Street studio.

Unbeknownst to Daniel, a pastel artist named Wende Caporale had gone to ASL in search of his teaching after her own professors recommended that she study with Daniel. Although she discovered Daniel had recently left New York, she saw one of his portraits and experienced a “life-changing, prophetic moment.” Once discovering Daniel was now in North Salem, New York, Wende enrolled in his classes at what has become the well-known and loved Studio Hill Farm. At the time, neither Wende nor Daniel realized their lives would intertwine to become more than teacher and artist.

Spending many summers painting and working together, their personal relationship blossomed and they married in 1986. Once Wende and Daniel were married, they continued their lives in the world of art and also raising their daughter, Avignon. Daniel painted commissioned portraits, did non-commissioned work for galleries, and taught workshops all over the US and at Studio Hill Farm.

His works are in over 700 public and private collections in the United States and abroad, including the Butler Institute of American Art, the Cincinnati Art Museum, the Pentagon and House of Representatives in Washington, D.C, the Smithsonian Institution, the Metropolitan Museum of Art, as well as many others.

Daniel’s books and instructional videos have reached people worldwide and have been translated into multiple languages. He has taught over 10,000 students during his six decades of teaching and his influence continues

Inquiry About Self Portrait