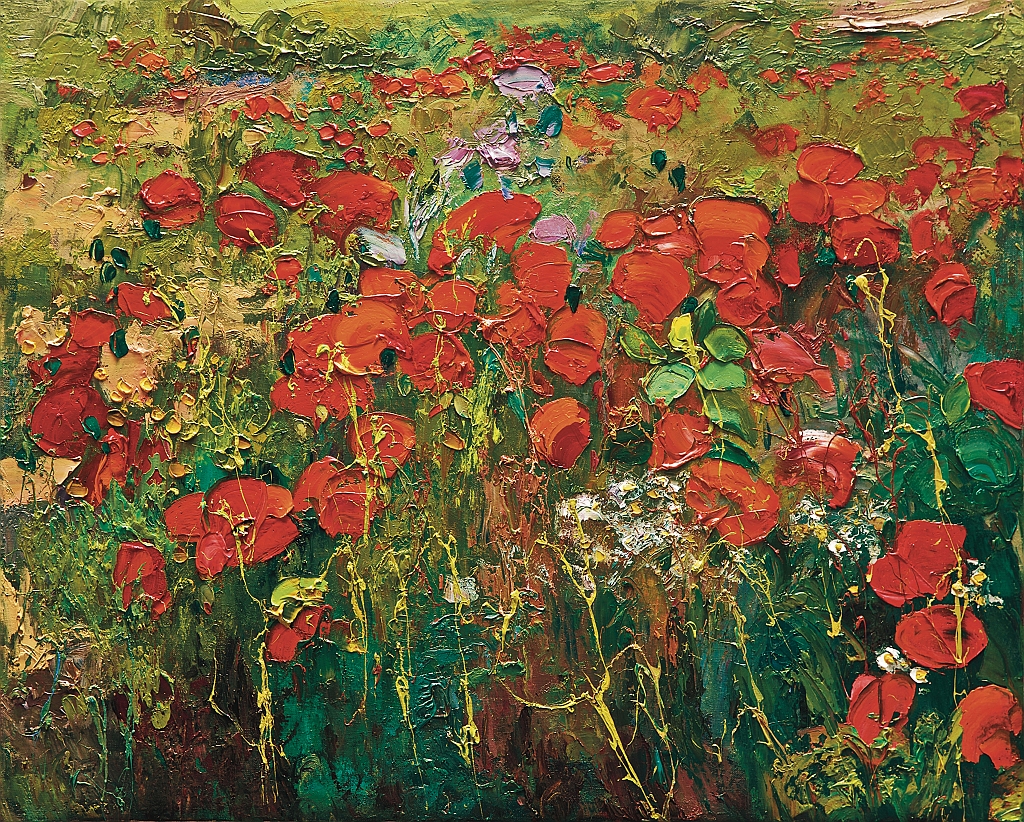 "It inspires in me a vital need to express my feelings through painting.
Spread out on the palette, the colors prepare themselves to give birth to emotions on the white canvas.
The word is silent, passionately contemplating the landscape.
A palpitation that comes from nothing, enmeshed with yesterday, today and tomorrow.
That way it keeps on growing, like a blessing, a pentagram of colors, full of emotions.

While the journeys of the heart take place.

Of life, heartbeats, of vision, a language expressed in pleasures.
Without time to contain them." - Ramon Vilanova

Ramon Vilanova was born into a blue-collar family in a small town outside of Barcelona in 1947. It is in this fertile landscape of the northeast region of Spain that Vilanova finds his inspiration. Though his parents discouraged him from pursuing a career as an artist, his desire to paint was too compelling. The self-taught artist has clearly fulfilled his destiny in a most stunning manner. His paintings of the countryside of his native Catalonia, as well as those depicting the islands of Majorca and Minorca, have won critical acclaim and have been exhibited in museums throughout Europe.

Indeed, when in the presence of one of Vilanova's impressive paintings, it is easy to understand why. Vilanova paints En Plein Air, and thus truly captures the moment and the feeling of when and what he is painting. Whether his subject is the sea, a field of resplendent blooms, or a farmhouse enveloped by lush foliage, the viewer is transported to the time and place as Vilanova experienced it. Using the bold, expressive strokes of a palette knife Vilanova leaves nothing out. Nor does he introduce elements that were not initially present. For example, q client once sought to commission Vilanova for a painting of sunflowers; he initially refused because they were out of season. When pressed to do so, he painted a sunflower field as it appeared at that time of year... complete with dead, rotting sunflowers. An extreme example perhaps, but one that exhibits his dedication to capturing the landscape exactly as he sees it.