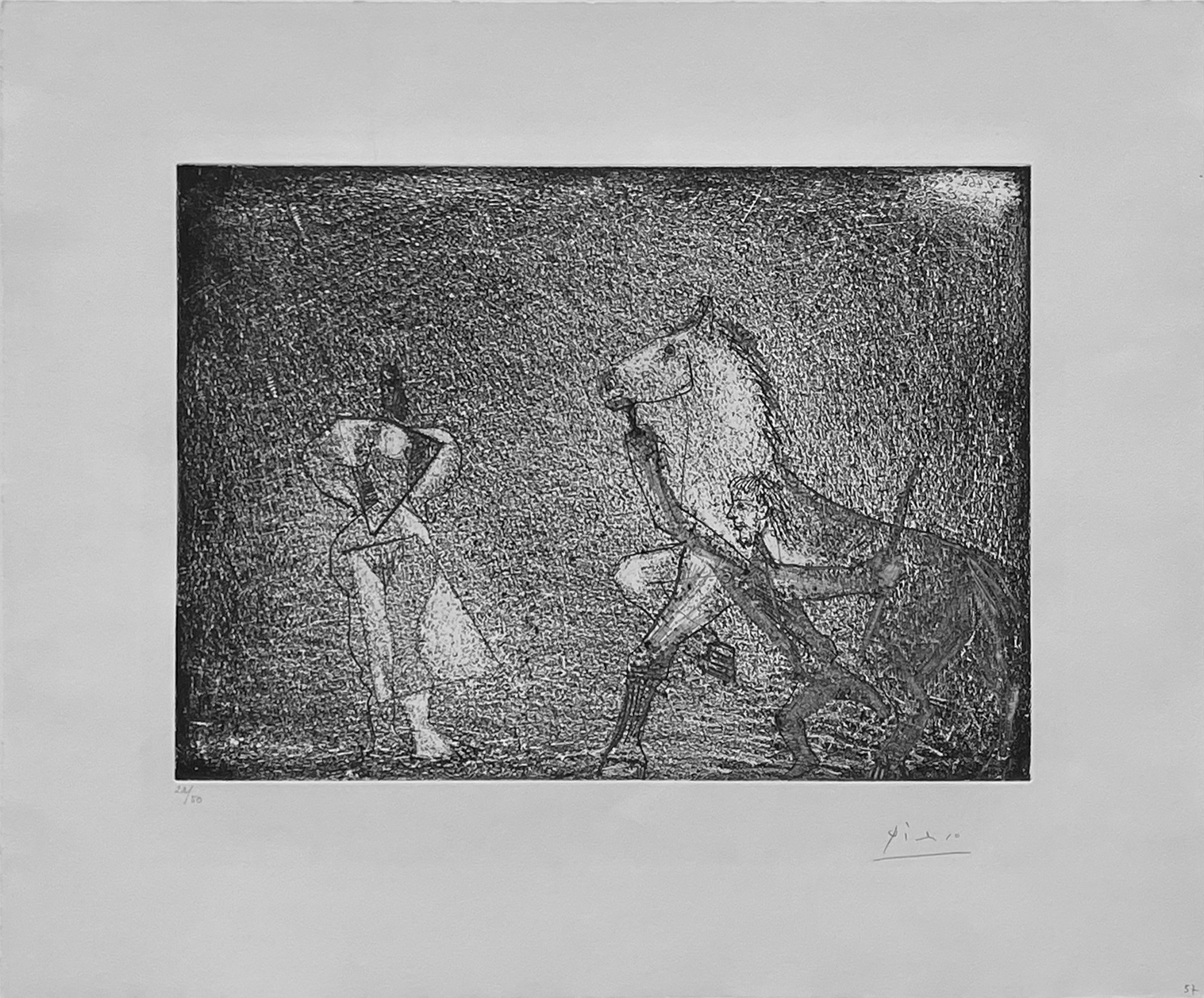 Born in Malaga, Spain in 1881, Pablo Picasso is universally regarded as one of the most influential artists of the 20th century. His stature ranged from painter, sculptor, printmaker, ceramicist, stage designer to poet and playwright, living most of his life in France. While most well-known for co-founding the Cubist movement, the invention of constructed sculpture and co-inventing collage, Picasso also developed a wide variety of artistic styles. After his formative years of painting in a naturalistic manner, he experimented with different theories, techniques, and ideas. Picasso was extraordinarily prolific throughout the course of  his long life of 91 years and along with rival, Henri Matisse, is viewed as a leader of modern art as we know it.

The son of an academic painter, José Ruiz Blanco, he began to draw at an early age.  In 1895, the family moved to Barcelona, and Picasso studied there at La Lonja, the academy of fine arts.  His visit to Horta de Ebro from 1898 to 1899, and his association with the group at the café Els Quatre Gats about 1899 were crucial to his early artistic development.  In 1900, Picasso's first exhibition took place in Barcelona, and that fall he went to Paris for the first of several stays during the early years of the century.  Picasso settled in Paris in April 1904, and soon his circle of friends included Guillaume Apollinaire, Max Jacob, Gertrude and Leo Stein, as well as two dealers, Ambroise Vollard and Berthe Weill.

Vollard: Nothing had predestined Ambroise Vollard (1866-1939) to reach the pinnacle of the art market. Although criticised for his commercial methods, today his name is associated with the artists who he discovered and supported, and whose creativity he occasionally steered. Passionate about literature, he decided to embark on a career in publishing with the ambition of bringing together the best authors and the best artists. Over time, he increasingly specialized in publishing prints… and that is how he convinced PICASSO to give him 100 engravings (and their commercial rights) in exchange for two paintings by RENOIR and CÉZANNE.

Inquiry About Man Stopping a Horse