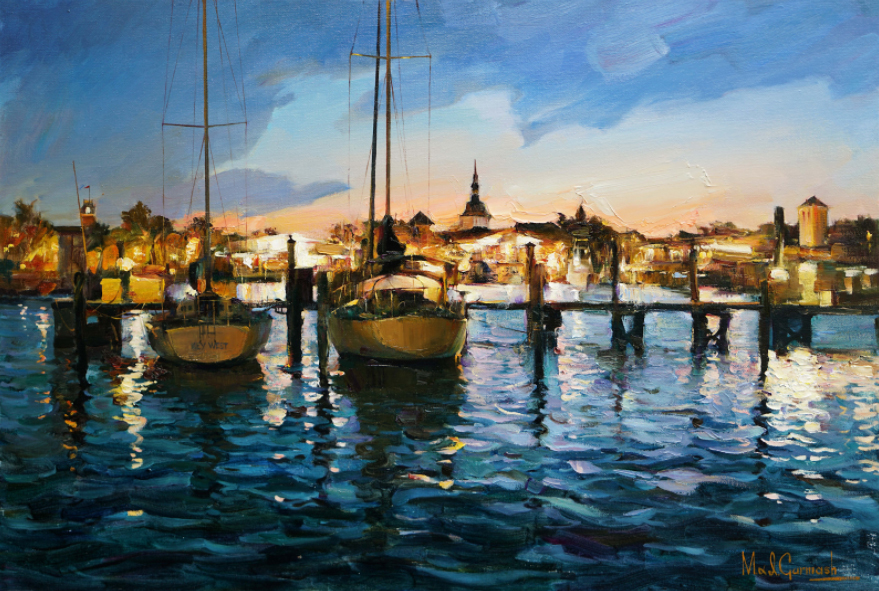 Evening skies dance between floating clouds, anchored by a shoreline full of excitement and lights moving towards nightlife, in a perfectly balanced Harborside Homerun by M. & I. Garmash.  Bursting and brimming with the romanticism and Russian Impressionism this couple is known for in oil paintings.  This talented husband & wife painting team convey a warm and shimmering tonality in coastal lifestyle. Note: A beautiful  pairing may be made with the companion painting, Golden Lights in the Lagoon, both evoke the delight found after a day of boating finished with an evening of entertainment and coastal living.  A gem of color, composition and clarity from a couple who delight in all three! (A perfect size and pleasing dimension  for one of the most delightful harbor scenes we’ve enjoyed.)

Inquiry About Key West at Night