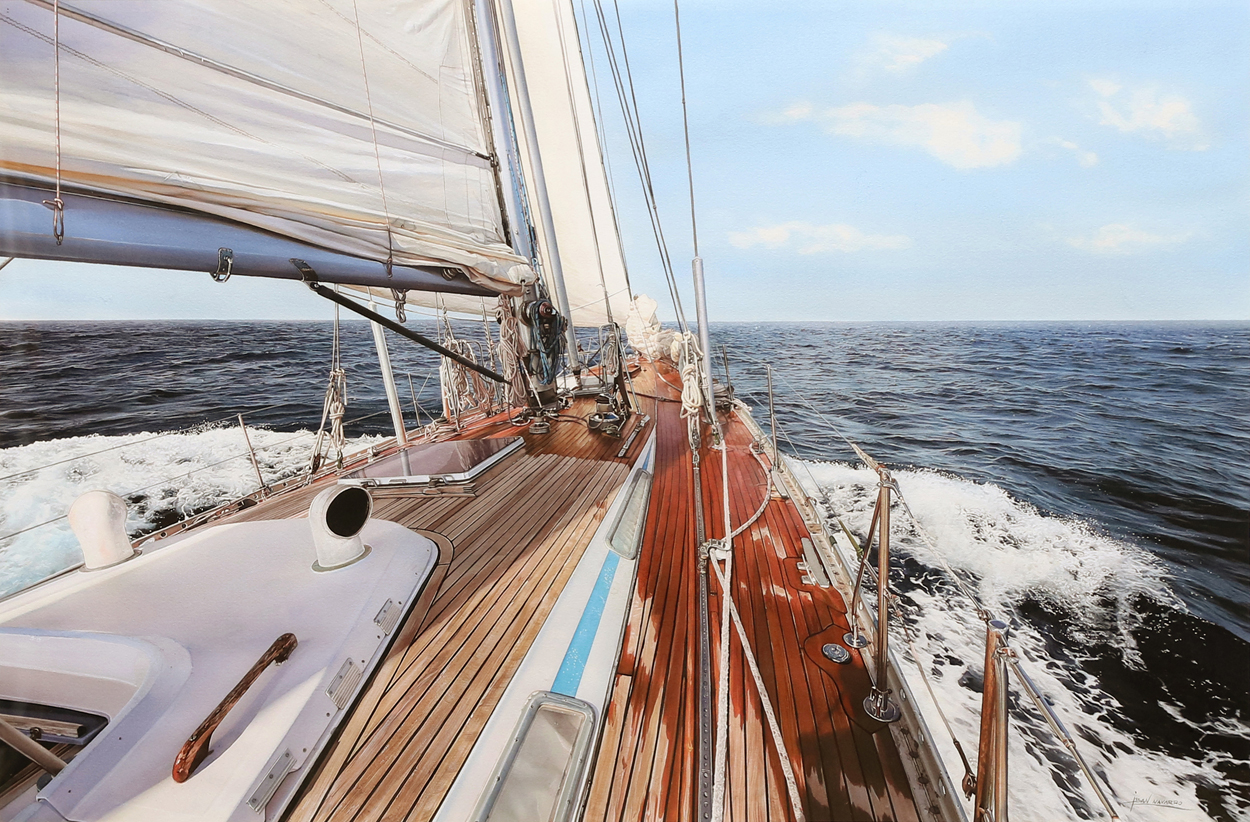 Iban Navarro was born in Barcelona, Spain in 1982. He is the son of well-known painter, Jesus Navarro. It is in his father's studio, where he first began painting and experimenting with different methods, mediums and techniques. Of these, Iban Navarro selected watercolor as his primary medium, mixing a selection of other mediums with his watercolors to achieve the highest level of realism. His favorite subjects to paint are boats in murky or transparent water, fishing ports and figures resting by the sea. Iban made the choice to pursue fine arts as his career in 2002 at the young age of 20, participating in group exhibitions where his work was admired and praised by the public. He has continued to marvel all who see his hyper realistic paintings to this day.