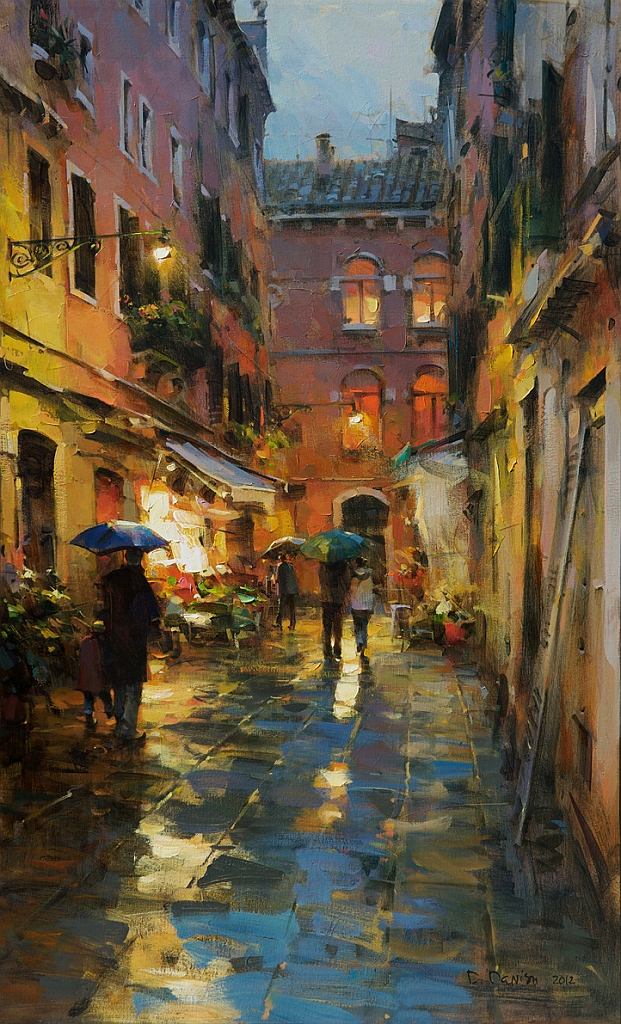 Walk down this delightfully well-worn and gleaming pavement with Dmitri Danish. This perspective gives an intimacy and romanticism that only one with such painterly expertise can achieve. The reflections of the lamps in the rain-laden path add intrigue to the negative space while also leading our eye further… into the composition. Subtle touches, such as the shutter leaning against the window, along with the strollers and shopkeepers give evidence of a vibrant city at night.