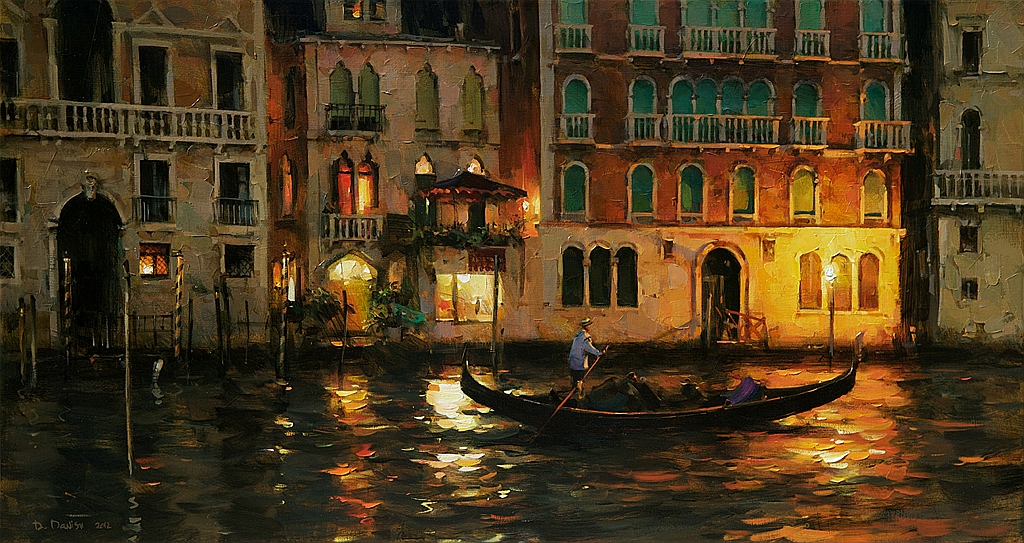 Night on the Grand Canal

Have you ever visited Venice? For those who never have, this scene, this sight, on this night, is something grand you should look forward to. Four different and distinctive buildings join one another in a line of elegant beauty along the grand canal that is not only historic, but wonderfully painted by an expert. The gondolier is the source of a soft motion along the rippling water… It feels as if we are on a chilly night and yet there is a warmth emanating from the buildings. We love the umbrella on the second floor piazza! The world is lucky to have Venice to see for the first time… or return to again and again. The dimensions of this canvas as a double square (24” x 48”) was a great choice by a talented master… Dmitri Danish.

Inquiry About Night on the Grand Canal