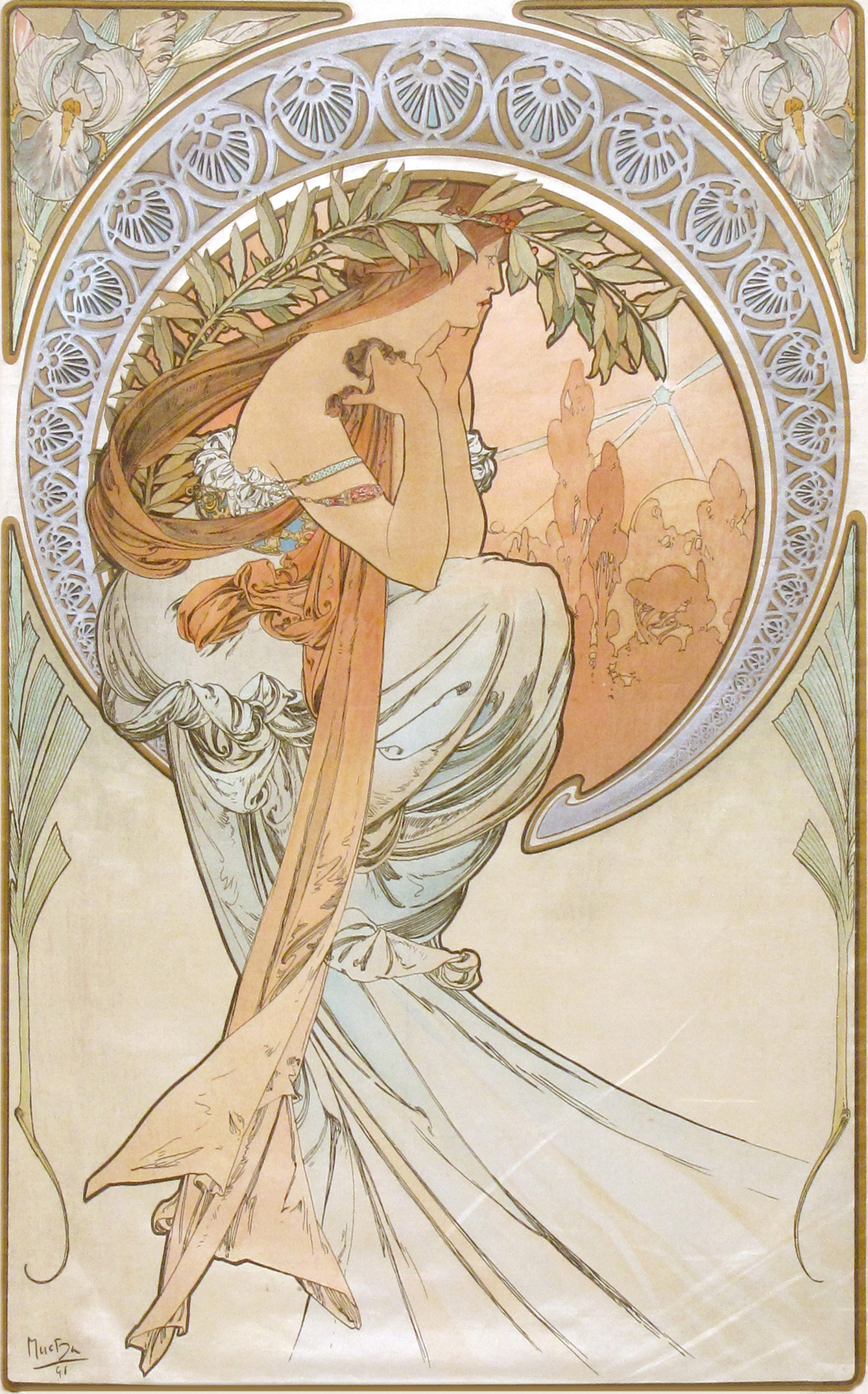 Mucha was famous for his commercial posters, which had a wide audience, but he also worked in a variety of other media, including furniture, jewelry, and theatrical sets. He mostly worked in Vienna and Paris but was also in Chicago, where he taught at the Art Institute, from 1904 to 1910. There, he introduced his interpretation of the "new art" to a United States audience. The densely patterned posters epitomize the Art Nouveau interest in natural forms, decoration, and a rejection of the anonymity of mechanical production.