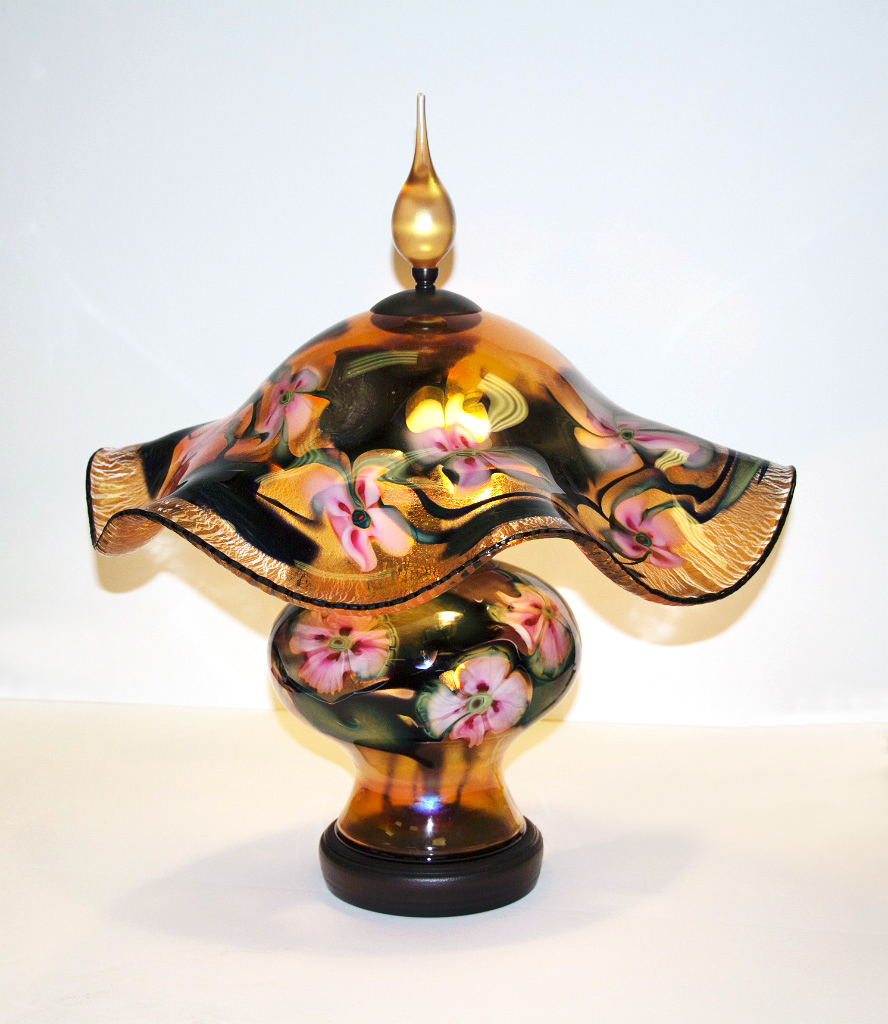 Charles Lotton is entirely self-taught. Years of trial and error have brought him the success he enjoys today and the collectors a rare opportunity to own art that will continue to reward, in the future, those who have the insight to purchase his art today.

Charles Lotton has been declared the Tiffany of tomorrow, the "heir apparent" to a legacy started during the turn of the century.
November 17, 1970, Lotton lit his furnace for the first time. Charles says "I felt a warm glow, not only physically but emotionally as well. Somehow the furnace did not seem like a stranger to me but more like an old friend. As I took in the sights and sounds of my new working glass studio, I thought, this is normal for me, this is where I belong." In only six months, Charles began to retail his glass and in 1972 he began a business relationship with the renown art glass antique dealer, Lillian Nassau, in New York. Today Lotton glass is documented in museums such as the Smithsonian, the Metropolitan, the Corning Museum, the High Museum, the Toledo Museum, and The Art Institute of Chicago.